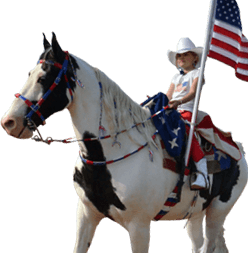 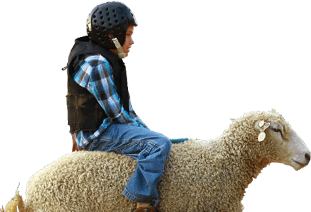 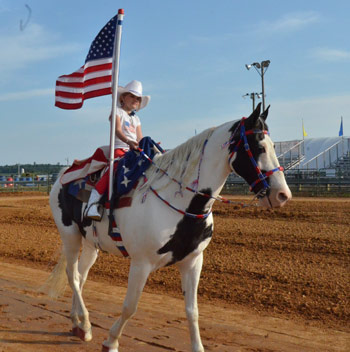 The Taylor County Fair Association in an independent agency that operates the Taylor County Fair as a non-profit organization to promote agriculture, industry and entertainment to the citizens of Taylor County and all of south-central Kentucky. All funds are used to produce subsequent fairs, maintenance of facilities and advertising/promotion. Board members are volunteers who reside in Taylor County. The board has 501 C-3 tax exempt status.

The Beginning, The End? ... The Beginning Once Again!
For many years dating back to the early 1900's, the Taylor County Fair was recognized as one of the best fairs in the state of Kentucky. In 1978 the American Legion conducted its final fair and for twenty years the residents of Campbellsville/Taylor County did not have a county fair to call their own.

Plans were to conduct the first Taylor County Fair in 1999, however, at the request of then County-Judge Executive Fred Waddle, the Fair Association produced a three day Taylor County Heritage Fair that ran concurrently with the Campbellsville Independence Day Celebration in 1998. The event was held at the Taylor County High School campus and featured animal displays, field stock dog trials, entertainment and a pictorial history of Taylor County to celebrate the 150th anniversary of the county. In the spring of 1999, with the assistance of the county road department, the first dirt was turned on what would be the motorsports/event track at the new fair. The first fair was held August and the Fair Association rented portable lighting, sound and bleachers were obtained from Miller Park and other areas in the community for seating.

Since that time, numerous improvements have been made to the American Legion grounds by the Taylor County Fair Association. The Association has purchased seven sets of aluminum bleachers, state of the art lighting for the track and parking areas, a sound system, two large hoop buildings to serve as livestock barns/display areas and infrastructure improvements/additions such as electric and water lines. The bleachers were acquired through a co-operative loan between all community banks in what was perhaps an unprecedented move in Campbellsville and it set the stage for future growth for the Fair. In 1999 and 2000, the fair was held the first week of August. However, in 2001 the date moved due to a change in the schedule of Kissel Rides and Shows to the last full week of June. Currently, the fair is held the from the first weekend of June through the next full week! 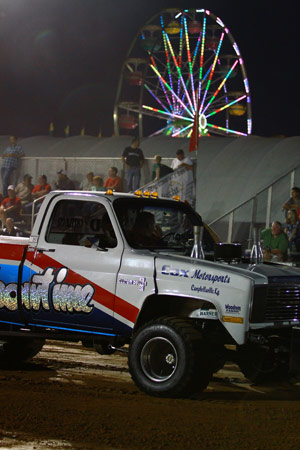 In 2001 the Fair presented country recording artist Clay Davidson in concert featuring three top 20 country hits from that year including "Sometimes", "Unconditional" and "I Can't Lie To Me". In 2002 the Fair featured the U.S. Army squadron from Fort Campbell that parachuted onto the track from a Black-hawk helicopter and in 2007 the Taylor County Fair pioneered “Dancing With The Fair Stars” with such success that county fairs across the state followed suit with their own “Dancing With The Stars” contests in 2008! Mockery is the Best Form of Flattery!

In 1999, Charter Members Utah & Helen Canada became the first couple to the named the Kentucky Fair Person of the Year. This honor was also given to members Bryan Blair in 2000 and Susan Seaborne in 2011.

The 2011 Fair was named Most Progressive in Zone 2 Division B. Our fair catalog has received 2nd place statewide for the 2011 Fair Catalog slick cover division and once again in 2017.

The 2012 Taylor County Fair was recognized as having the Best Fair Catalog statewide in the Class AA Slick Finish Category and won the “Show Your Colors Award” which is given annually to the largest delegation from a county fair in Zone II, which comprises the central part of the state, in attendance at the Zone meetings during the Kentucky Association of Fairs & Horse Shows Convention.

Other accolades are winning the First Runner Up for the Best Website by the Kentucky Association of Fairs & Horse Shows in 2017, along with a recognition for being an All County Fair. We also received a State Grant from the Kentucky Department of Agriculture in the fall of 2017. This is the first time the TCFA has applied for this grant. We were able to install a new hoop tent and new coverings on our two existing tents. We also installed a garage which is used by the 4H and we installed a hospitality area.

2019 proved to be a successful year for the fair when the Taylor County Fair walked away with three awards at the Kentucky Association of Fairs and Horse Show Convention in Janurary of 2020. The awards are as follows: All Kentucky Fair, Most Progressive Fair Runner-Up, Kentucky Fair Catalog Class AA Slick Finish.

2020-- We were all set for an amazing year, however, we all had some major changes as Covid proved to be the news of the year and changed all our plans! It was the first year we had not had a fair since 1997.  But, we were back, better than ever for 2021 with recorded breaking crowds!

In the late summer of 1998, the Fair Association secured a lease with the local American Legion post to utilize the Legion land as a fairgrounds. In early August, Kissel Rides and Shows provided a carnival on the American Legion Fairgrounds which the board used as a fund-raiser to kick start the 1999 Taylor County Fair. This relationship with Kissel Rides and Shows (now Kissel Entertainment) would run through the 2009 Taylor County Fair. 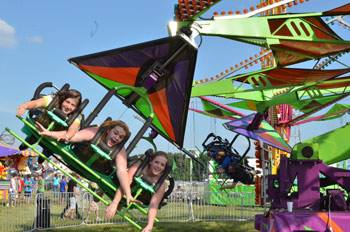 In 2010 the Taylor County Fair began a relationship with Myers International Midways as the carnival provider and the partnership with Myers would prove successful with increased attendance each year. This relationship lasted through the 2013 fair. In early 2014, The Myers Family announced that Mrs. Myers was retiring and they would not be able to work the circuit anymore.

In 2014, the Taylor County Fair Board made the bold decision to expand the local fair to nine days and for the first time ever would feature a carnival midway over the nine day run. Miller Spectacular Shows of Greenbrier, Arkansas was contracted as the new carnival and returned again in 2015 and 2016.

For the 2017 Fair Season, the James Gang Amusements from Andalusia Alabama was the NEW carnival midway provider. The James Gang is a family ran and operated organization.
FOR THE 2021 SEASON, THE JAMES GANG AMUSEMENTS returned and brought A BRAND NEW Ferris Wheel and The Y-Factor for riders to enjoy,

Time changes things, and that is no different for the Taylor County Fair Association!  For the 2022 Fair Season, we will be partnering with Casey's Rides out of Utica KY to provide your carnival entertainment!  We hope they please you thrill seekers! Come on out, June 6-June 11, 2022!

In the fall of 2017, our hearts were saddened by the passing of one of our charter members and dear friend, Helen "Granny" Canada. She will be missed greatly...she was small in stature, but, she had a HUGE heart and love for the fair!

In the fall of 2019, our hearts were saddened once again when one of our members Daymon Sallee passed.  Daymon will also be greatly missed.

Another passing to report. Mrs. Anna Lee Johns, one of our dear charter members, passed away in the late summer of 2021. Such a loss to our fair family. 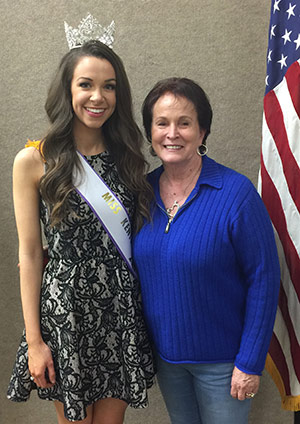 Some of the greatest highlights of the Taylor County Fair are pageant related.

And once again another winner! In January 2017, Miss Molly Matney, the 2016 Miss Taylor County was crowned the winner of the Miss Kentucky County Fair during the Kentucky Association of Fairs and Horse Shows Convention in Louisville KY at the Galt House. This same young lady went on to represent Kentucky as Miss Kentucky, at the 2017 Miss America contest.

Over the years, attendance has remained steady at the fair. There have been years when several events were rained out, but the people of Campbellsville and Central Kentucky have repeatedly shown their support for the annual event which averages around 12,500 paid admissions per year. And for that we, the Fair Board Members, THANK YOU!!!

WE HOPE TO SEE YOU AT THIS YEAR'S FAIR….WHERE YOU CAN BE A PART OF OUR HISTORY!